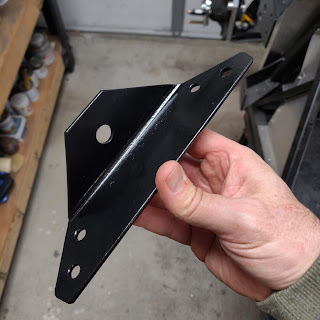 Got some good stuff done this past weekend. First of all, I spent some quality time with an angle grinder and a drill, making this bracket. It bolts to the frame of the car on the floor, under the seat, to act as a mounting point for the anti-submarine belt. 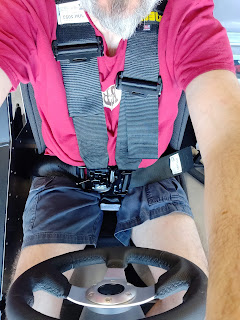 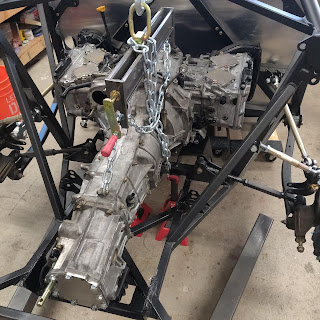 On to the engine!

I picked this off its temporary resting place (a folding table) with the engine crane and dropped it into the engine bay again. It looks pretty good in there. It's not bolted down, just resting in place, but it feels good to have it in its home. 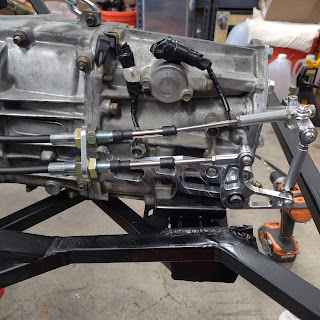 I wanted the engine in its bay so that I could start installing this slick bellcrank assembly to the back of the transmission. The two cables in black jackets at left will go to the shift lever (well, not those ones specifically - they are just placeholders for the shorter ones I will actually use), and this linkage translated the left/right and fore/aft movements of the shifter into actual gear changes.

But to get those cables routed so I can measure them for ordering the ones I really need, I have to route them up and over the engine and through the firewall, into the tunnel between the seats. And in order to get a good routing that clears everything else on the tunnel, I have to start dressing the engine. 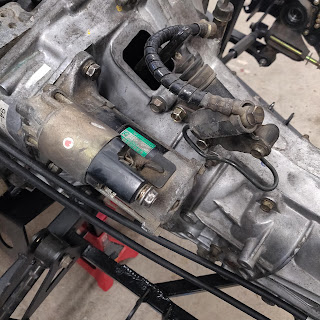 There's a lot of stuff that goes on top to route around. Here, I have the starter and the clutch slave cylinder bolted up. After I took this pic, I also got the alternator about half faked up into place, but not quite done yet. I have some pieces on order to make that come together.

Then it's induction, I think. Oh, and a water pipe that connects the two halves of the block. And probably a bunch of other stuff, too.