Lagniappe and recovering from a goof 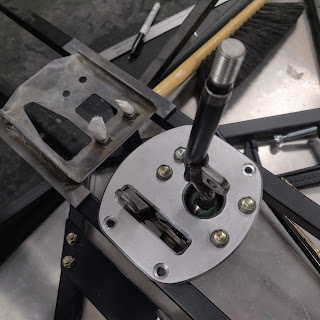 I ordered a trick shift linkage for the transmission - and the vendor also chucked in this cool aluminum shifter plate. You can see the steel one I was going to use in the picture as well, but I moved the lever and bellcrank to the new plate.

It's not a big change, and it's probably going to be completely hidden once the build is done, but it's a cool little extra bit that I like.

I will have pics of the trick shift linkage later on, I am sure. 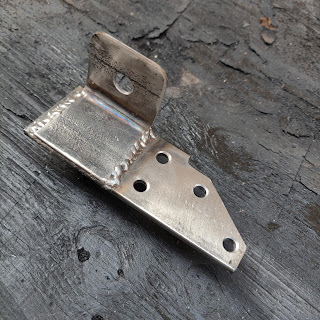 Here's what I fabbed up to act as an anchor point for the hip belt of the harness. Rather than remake the existing seat mount bracket, I will add this to the back. And I'll have to make a matching one for the other side, of course. I also still need to fab an anti-submarine mount.