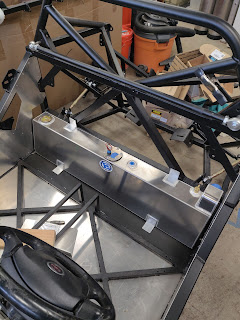 I haven't been good about updating in the last couple of weeks. I don't feel like I've had a lot of time to work on the care lately, given other obligations - but here's what I have been up to.

Here's the fuel tank in the car. It sits back flush to the vertical place formed by some frame members. It's a bit hard to see from this picture, but there are a couple of things that protrude through  that plane, and therefore through the firewall skin I am putting there - the filler neck and the vent fitting. 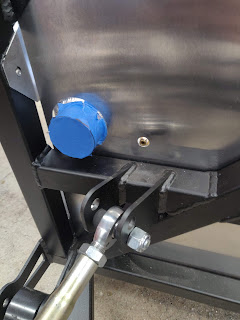 So, with the firewall skin mounted in the car, I marked and cut the holes for those items. The vent hole will probably need to be enlarged later, but the filler hole is just about perfect.

Tubes from both of these will go up and outboard (left in this picture) to the fuel filler on the fender. 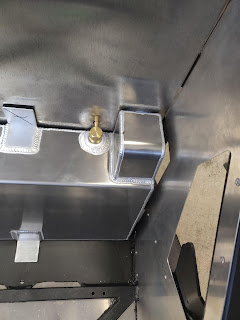 Here's a detail shot of that same location from inside the car. 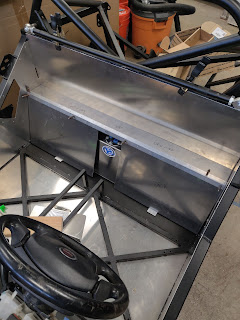 Because I am not using the supplied fuel tank from the kit, I also have been working on building a firewall to replace the kit firewall between the fuel tank and the passenger area.

Here, I have three panels mocked up to form the lower and middle sections. There's also going to be a vertical upper section lying tight against the upper aft firewall skin (this gets important later), and a small lower center section to cover most of the gap (but leaving a space for shift cables and wiring to pass through). 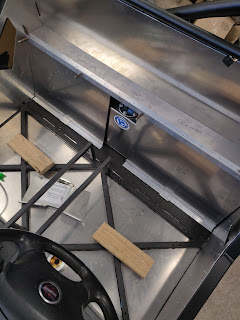