Marking tools - in use! 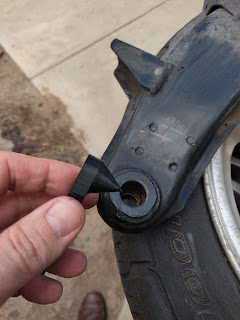 Lot of pics here to show how I used the three marking tools I made to locate two holes.

That's the hole I needed to mark from the center of, so the conical end of this tool allows me to locate on that. 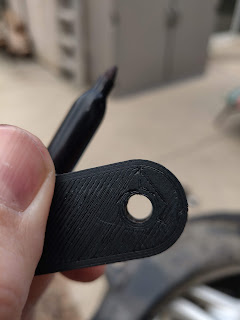 The other end has a hole sized to take a Sharpie. 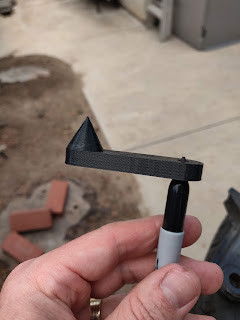 So when it's all assembled, the tip of the marker is two inches from the center of the cone. 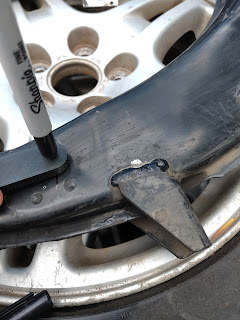 Using that, I drew an arc on the control arm. 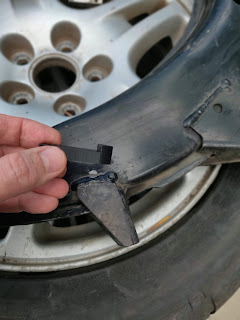 This is effectively an edge marking tool - I needed to draw a line 1.5" from the front edge of the control arm. The step on this tool rides along that edge. 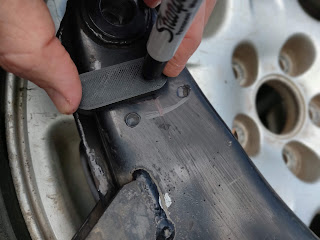 And of course the other end accepts a Sharpie to draw the line. 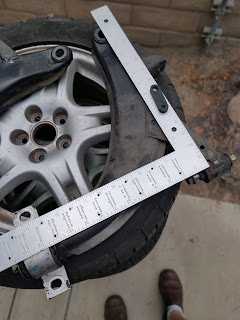 Next, from the intersection of those two lines, I needed to draw a line at right angles to the axis of the mounting bolts. I didn't print the square; I already had that lying around. 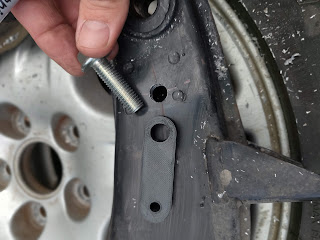 Once the first hole was punched and drilled at the intersection of all three lines, the third tool came into play. It locates on the drilled hole with one of the bolts I will use in mounting a bracket here. 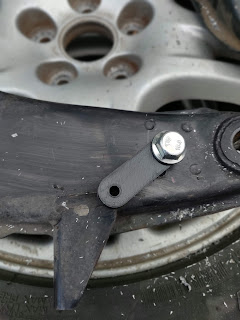 And again, using a Sharpie, I drew an arc, crossing the line I made with the square. Then I punched and drilled a hole there. 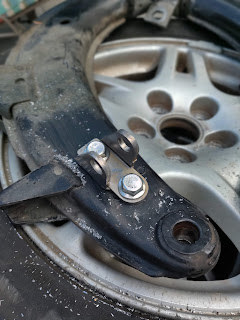 The bracket isn't painted yet (maybe tomorrow), but here's where it will go. The bolts lined up quite nicely with their holes, so it will all go together quite well.
Posted by Josh Drew at 4:30 PM

Email ThisBlogThis!Share to TwitterShare to FacebookShare to Pinterest
Labels: Tools